Toby and Tory had a successful outing at Summit Point.

After the first “shake down” outing last fall, Toby had a long to-do list to get Tory ready including:

It was a very hot weekend but it didn’t dampen our enthusiasm.  In additional to 100+ Porsches, there were also quite a few non-Porsches there. 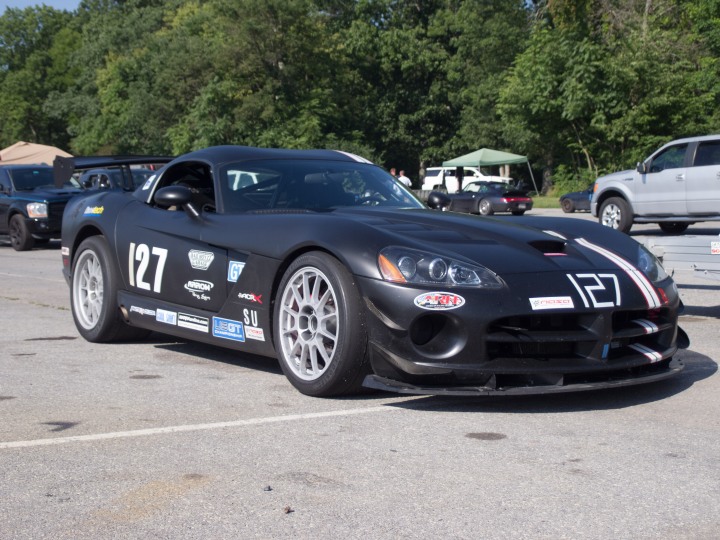 The club also hosted a group of kids from Stafford and they enjoyed seeing up-close and sitting in race cars in the paddock, watching the on-track action and their on-track ridealong.

Toby spent the first two days getting used to the new car.  Being a “Classic Porsche” Tory has very different pedal configuration, gearing and handling (don’t lift!) than what Toby is accustomed to.

With so many fast car in the Red run group it was quite a struggle.  Toby finally got more comfortable on Day 3 and was able to picked up the pace, and he was especially glad Tory ran generally reliably and that he did not spin the car 🙂

That said, the car still had some teething issue.  Tory developed a rough idle and Toby had to keep revving the engine on the grid otherwise the car would stall.  As Toby picked up the pace the increased suspension and tire sidewall movement caused tire rub on both the control arm and muffler.  There was a lot of tire smoke that Toby was black flagged by race control.  Both should be easy fixes though.