Jon’s did his first DE in 2017 at CMP. Unfortunately Jon registered late so another driver picked “his” number so Jon had to rely on his very limited craft skills.

Jon continued to gain experience at the track. 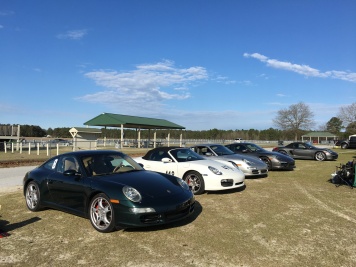 Disaster struck on Sunday morning (snow!) so Jon decided to head home. Jon later found out that the drivers that braved the weather were rewarded when the sun did melted all the snow at the track.